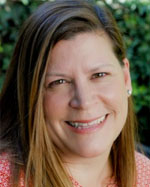 Born and raised in the Northwest, Alexa moved to San Francisco in 1991 and eventually found her way to the sunny hills of the Hollywood Dell in 2000 when she and her husband, expecting their daughter Athena, moved to La Punta Drive. After 7 years and countless Dell functions, Alexa thought she knew a lot of her neighbors. But after she and her family adopted an adorable rescue dog in late 2007, Alexa got to know a whole world of “dog people” in the Dell during her twice-daily walks through the neighborhood. In 2011, Alexa co-chaired a successful grassroots community effort to save a beloved walking trail in the heart of the Hollywood Dell. Today she continues to volunteer in the community as the HDCA president and serves on the Hollywood Community Police Advisory Board. 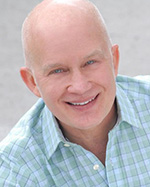 David was born and raised on a horse farm in Lexington, Kentucky.  He was vacationing in Anaheim at Disneyland in February 1971 during the San Fernando earthquake and fell in love with California. A couple of years later he moved to Los Angeles. In 1980 David moved into the Dell and lives in the same house with his Husband Jim and their cat Samantha.

Kelly has lived in Los Angeles most of his life and moved to the Dell in 1999. He graduated college from University of Puget Sound in Tacoma, Washington and has his MBA from Pepperdine University. Kelly works in Finance with the food and beverage company Nestlé, based in Glendale. Kelly and his husband Bill have two children. They love living in the Dell, valuing the neighborhood, the people and the beauty of the area. Kelly is actively involved with his children’s school and a supporter of various non-profit organizations. 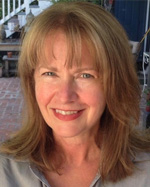 Jan grew up in the southern Appalachian Mountains.  She took the long way and eventually found her way (via Florida, Boston, and Atlanta) to The Hollywood Dell where she was immediately embraced by the neighbors.  She loves being part of a community that feels like a Tennessee “holler” in the middle of Los Angeles.  For the past twenty years, Jan has served the surrounding areas as a real estate agent, helping other folks find their way home.  Jan is a graduate of Mount Saint Mary’s University in Brentwood. 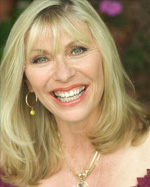 Patti is an actor, producer, psychic medium, civic activist and white witch. As a producer, Patti owns Brain Brew Entertainment, a theatrical production company that specializes in live corporate interactive entertainment. As a performer, Patti has enjoyed numerous stage, film, and television roles, and has had the honor of working with such actors as Martin Sheen, Burt Reynolds, Jon Voight, Chevy Chase, and Sylvester Stallone. She has danced with Gregory Hines, choreographed for David Hasselhoff and entertained celebrities on scavenger hunts, photo safari’s and toga mysteries across the Greek Islands and beyond. Patti has also been practicing natural magick her entire life. Patti’s recent “other-worldly” television appearances include conjuring up a few “dead celebrities” on Private Chefs of Beverly Hills for the Food Network, two episodes Pit Boss on Animal Planet. She was brought in as a paranormal expert on Ghostly Lovers on The Travel Channel. She has even gotten into the home makeover world by doing a séance as part of a home renovation on Mobile Home Disaster on CMT. In addition to her civic activities in the Dell and throughout Hollywood, Patti is President of DES Action USA and Secretary of the Hollywood Arts Council. Patti LOVES living in the Dell – and to her, it is the most magical place in the world!